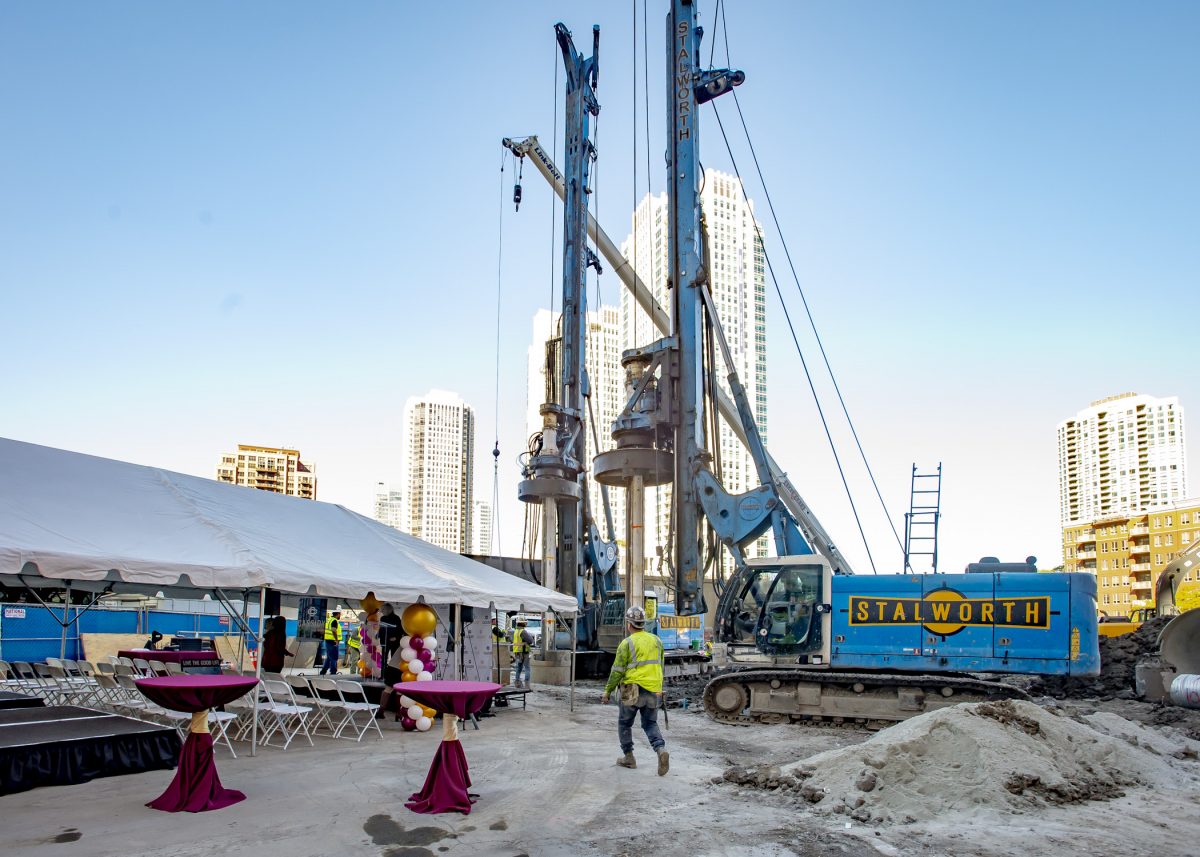 In early October, The Habitat Company hosted a groundbreaking of Cassidy on Canal, a new mixed-use tower that will rise 33 stories and feature retail and residential space. The planned 375-foot glass tower marks the latest luxury residential project for Habitat in Chicago’s Fulton River District, where it has played a major role in development for almost five decades, starting with East Bank Club in 1976.

A groundbreaking celebration is typically ceremonial. This event, however, was held mere steps from the active construction site. As they listened to remarks from Habitat and McHugh Construction executives, guests could witness workers putting caissons into the ground as part of the building’s foundation. They truly were breaking ground.

Habitat’s public relations firm called on us to coordinate this high-profile event.