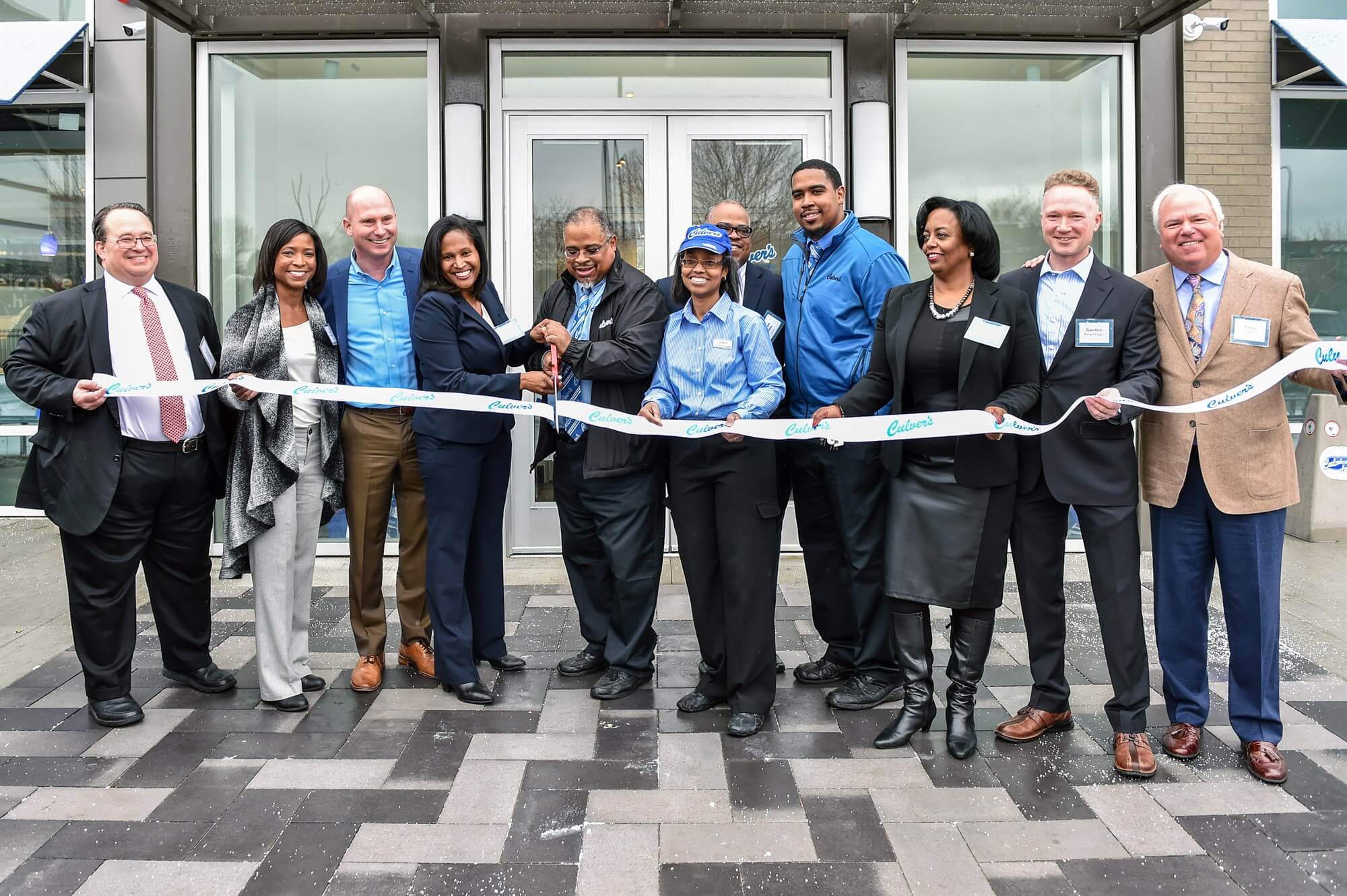 On January 23, 2018, Culver’s co-founder Craig Culver, president and CEO Joseph Koss, Alderman Sophia King (4th Ward), the retail center’s developer Draper and Kramer, and more than a hundred VIP guests attended the grand opening and ribbon-cutting of the first Culver’s restaurant in the City of Chicago.

The Wisconsin staple, known for its butterburgers, cheese curds and frozen custard, opened the 4,300-square-foot restaurant at 33rd and King Drive at Lake Meadows Market in Bronzeville.

Franchise owner Baron Waller greeted the crowds.  He already owns and operates three Culver’s locations in the suburbs, but he made it his mission to bring jobs to his old neighborhood.  He has staffed the restaurant with 65 local residents, including 43 local high school students.

We were called upon by the developer’s public relations firm to coordinate the high-profile grand opening event.